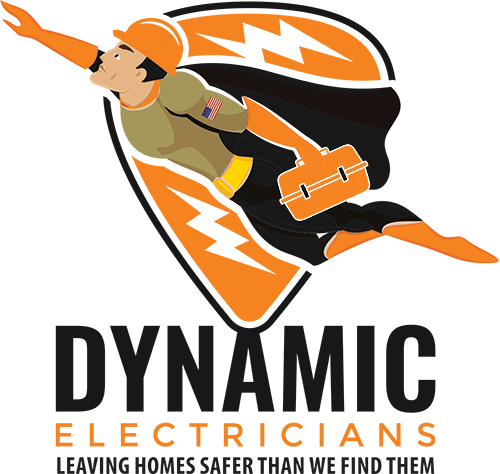 Electrical Panel Services in the Tyler and Longview, TX Area

From the moment it enters your home via the electrical grid, power is trying to course through your home as fast as possible. There is only so much current that the wiring in your Tyler and Longview, TX home can handle at any one time, and only so much power draw. That’s part of why your home is separated into circuits. At Dynamic Electricians, we know electrical panels. From installation to repair, we’ll take care of any service you need, including:

Your circuit breaker keeps your device safe. As the number of devices or appliances you place on a circuit increases, so does the load placed on your electrical system. As the current increases to keep up with this demand, your wires will begin to heat up. Depending on the rating of your connections, eventually this heating will cause your wires to draw more power than the system can handle, entering a dangerous runaway state. It’s before this point that your circuit breaker will trip.

Your electrical panel is a safety device because it helps control just how heavy a load is on each circuit at a time. Whether you’re using a fuse box or more modern breakers, the goal is the same: cut off power when the demand exceeds the rating for your system.

Many of your appliances are what we term “high load devices.” This simply means that they use more power than standard devices like computers or your television. While typical examples of high load devices are your air conditioner or laundry drier, anything with a high power drain (a microwave or dishwasher for example) can put a heavy strain on your home’s electrical system.

A larger load on a system means an increase in the current draw on a single electrical circuit. You can tell that you’re straining or exceeding a circuit’s rating because the lights in a room will dim or you’ll trip a breaker when certain devices are being used.

While you could simply move some of those devices to a different circuit, eventually you’ll run out of available outlets. At this point you should consider installing a new electrical circuit, what we call a dedicated circuit.

Dedicated circuits are usually used for high-load appliances. Rather than risking a breaker trip by sharing a circuit with multiple devices, installing a single high-current line for one or two devices is an economical trade.

A dedicated circuit will typically use a lower-gage wire to better handle the current. Lower gages are more expensive so reducing the amount of wire you need is ideal.

Sometimes, you may notice that your circuit breaker continues to trip repeatedly (or you keep having to replace a blown fuse). This is a definite sign that something is wrong (you should never allow a circuit break to keep tripping). Often it’s due to an overload. If the trip happens whenever a device such as a microwave oven or a space heater is on, then you’re likely overloading the circuit and should plug the appliance into a different outlet.

At other times you’ll find that a recurring breaker trip signifies a different problem altogether. Damaged wiring or even a broken circuit breaker can cause recurring trips. If you’ve recently had electrical service, or had a new line installed, it could be that the line was installed incorrectly and is causing a trip. This is when you need to call a licensed electrician to examine your electrical panel and have it repaired.

You may also consider upgrading your existing fuse box to a more modern circuit breaker. Fuse boxes do their job wonderfully, but they require replacement fuses to be on-hand. Many fuses can also be hard to identify if neither the box nor the old fuse were labelled properly. The wrong fuse in a circuit can cause serious damage, and may start dangerous house fires. Upgrading to a modern circuit breaker helps to prevent this.

Either way, if you need an electrical panel repair or a simply want an upgrade to a new system, call Dynamic Electricians at 903-452-2029.